Sheikh Salih Mbacké was the fifth caliph (leader) of Mouridism and the last surviving son of Cheikh Amadou Bamba, the founder of the Mouride movement.[1]

As Sheikh, he was credited for his transformation of the village of Touba into Senegal’s second largest city.[1]

Mbacké was a pious leader and served as the lead example for the millions of followers (talibés) of the Mouride Islamic movement and made many improvements to the more than 400 Islamic schools founded by himself as well as his siblings, most notably Serigne Mourtalla Mbacke. He also made many improvements to the holy city of Touba, such as covering Grand Mosque of Touba with Italian marble.

Agriculture and religious education were his main occupations. The Daaras (religious schools) that he founded, where the students work in the field, are found all over Senegal. With the majority being found in Khelcom in the center of the country near Kaolack.

He died at the age of 92 on December 28, 2007 and was buried in Touba the next day; a three-day mourning period was declared in Senegal, his home country.[1] He was succeeded by his nephew, Serigne Mouhamadou Lamine Bara Mbacké, the son Cheikh Fallou Macke. 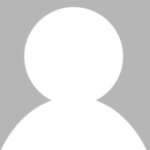